Vincent van Gogh's life was full of moments of lucidity and madness. He went between periods of happiness where he was optimistic about his career as a painter and the work he was creating. He also went through periods of depression where he realized he was ill and unable to live a normal life. Throughout all of this, he had a few constants: his desire to paint and his brother Theo. Theo always took care of Vincent, both financially and emotionally. But even Theo, Vincent's brother and confidant, could not prevent a tragic end to the story of Vincent van Gogh.

In Arles, where he was living and painting with Paul Gauguin, Van Gogh had a mental episode that resulted in him cutting a portion of his left ear off. Recognizing the seriousness of his mental instability, those close to him, most notably his brother Theo, urged Vincent to check himself into a mental hospital close to Arles. Theo referred to it as a “momentary rest so as to come back soon with new strength” in a letter to Vincent. Vincent, aware of his illness, agreed to go with a doctor to the hospital. Even then, knowing he was going to be committed, his mind was still on painting. He wrote to Theo discussing new work.

In early May of 1889, Van Gogh went to the Saint-Paul Asylum in the town of Saint-Rémy with a friend from the clergy, Reverend Salles. He spent the next year there mostly confined to the hospital grounds. From there, he painted many of his most well-known works including Irises and Starry Night. He stayed there for a year, writing to Theo in May that “I feel calm enough, and I don't think that a mental upset could easily happen to me in the state I'm in.” Feeling like there was nothing more for them to do in Saint- Rémy, Van Gogh returned north in May 1890.

The painter Camille Pissarro recommended to Theo that Vincent go to Auvers-sur-Oise, north of Paris and be seen by Dr. Gachet. Theo felt that Vincent would get along with Dr. Gachet as he was a supporter of the arts and had paintings by many artists that Vincent respected. Upon arriving at Auvers, Vincent was not overly impressed by Dr. Gachet, but thought it was good to give him a try. From the beginning, he ignored advice from Dr. Gachet choosing to stay at the Auberge Ravoux inn instead of the inn recommended by the doctor.

For weeks Vincent was in good spirits. He visited Theo and his family Paris, but found the city overwhelming and would return to the country in Auvers. In these final weeks, he painted 70 pictures; a perfect way for an artist to distract himself from his own mind. He painted views of town, the landscape, and the people. He did portraits of Dr. Gachet, whom he was growing fond of. Vincent would also paint the portrait of Adeline Ravoux, the 13 year old daughter of the inn keeper where he stayed. Although young, she remembered many details of Vincent staying there, and was a witness to his final days. 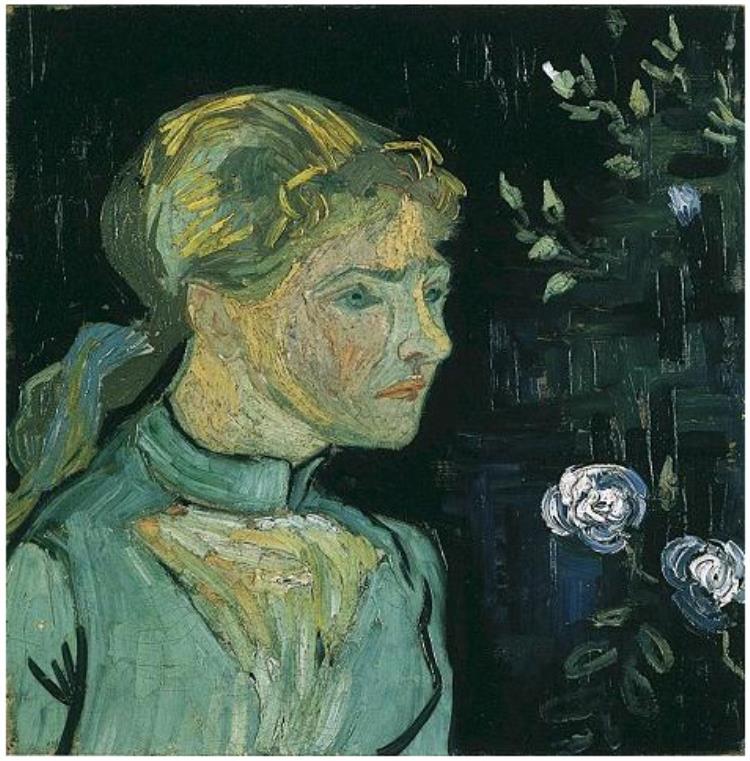 The details of the rest of the evening are sparse, as van Gogh often awoke after his times of “madness” with little recollection of the previous events. From what we can gather from accounts from Gauguin, the police, and his brother Theo, Vincent returned home while Gauguin stayed in a hotel. Later that night, after 10:00 P.M., Vincent took a razor and cut off a portion of his left ear. The police would find blood all over the house, with blood soaked rags in the studio and bloody handprints along the wall leading upstairs. Vincent took the ear and wrapped it in newspaper. With a hat pulled down over his wound, he, with ear in hand, left the house to go to a “maison de tolerance”, a brothel close to the house. There he asked for a girl named Rachel who he gave the ear to saying “Guard this object carefully.”

The next night when Gauguin woke up and started to return to the yellow house he saw the police in front with a crowd of onlookers surrounding. When the police found Vincent in his bed, covered in blood, they initially thought he was dead, perhaps by suicide. Gauguin felt the body and discovered that Van Gogh was still alive. He asked the police to wake him gently, and if Vincent asks for Gauguin, to say that he had returned to Paris. Vincent was taken to a hospital to recover, where he continuously requested to see or talk to his friend Gauguin. He still thought his friendship could be salvaged, and he was already planning new paintings.

It seems an odd and harsh reaction for Vincent to cut off his ear. But Vincent van Gogh was deeply troubled and his mind made connections that appear mad. More than anything Vincent wanted the situation to work. He wanted a place where artists lived together, painted, talked about painting, and learned from each other. Van Gogh felt his idea was happening with the arrival of Gauguin. And then, he knew that he ruined it. He blamed himself for not being able to get along with Gauguin. Just as with past relationships, this too fell apart.

Vincent may have felt he deserved to be punished for ruining another friendship and dream, and his mind would immediately race to find connections. His religious past could bring up thoughts of Peter cutting off the ear of a Roman soldier after Judas betrayed Christ. There was a popular book at the time where a character was punished by having his ear cut off, and a month earlier Jack the Ripper cut off the ear of a woman. We don't know how Vincent's mind worked, but it is possible that he saw a pattern of punishment and saw a way to punish himself.