The Potato Eaters, completed in 1885, is considered by many to be Van Gogh's first great work of art. At the time of its creation, Van Gogh had only recently started painting and had not yet mastered the techniques that would later make him famous. This could attribute to the interesting look of the piece as well as the overall feeling produced from the painting.

Van Gogh wished to create his first masterpiece that could boost his reputation as a developed artist; his goal was to paint human figures that did not appear to be awkward, but rather existing naturally. Portraying the figures in a dark room with light from an oil lamp, however, proved to be a bit too extreme for his newly acquired artistic skills. The outcome of all of these factors, in turn, made the painting more appreciated in the art community then if Van Gogh had succeeded in his original task. 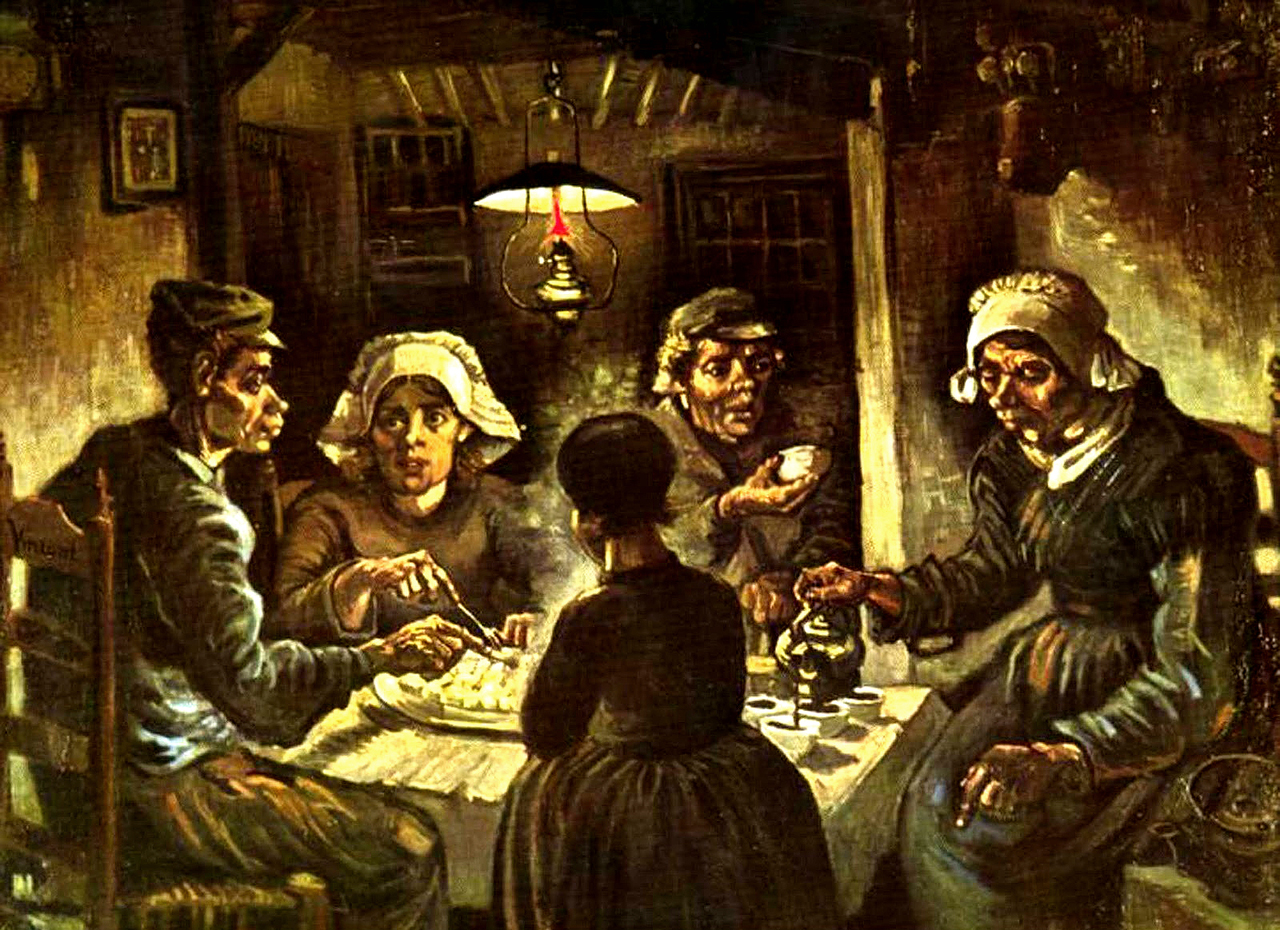 The painting that was completed consisted of 5 figures sitting around a square table eating potatoes; four of them are females and one male. Although the piece is laced in darkness, the mixed emotions residing in the faces of the occupants shine out brightly. These figures are so intense that one can nearly hear the conversations being spoken around the table. Perhaps this vibrancy layered with the darkness is what draws one closer to examine the smaller details of the painting. These details include but are not limited to:
Nextyou can see two sunflower paintings of the series under the same title; however, these two pieces have some minor differences. 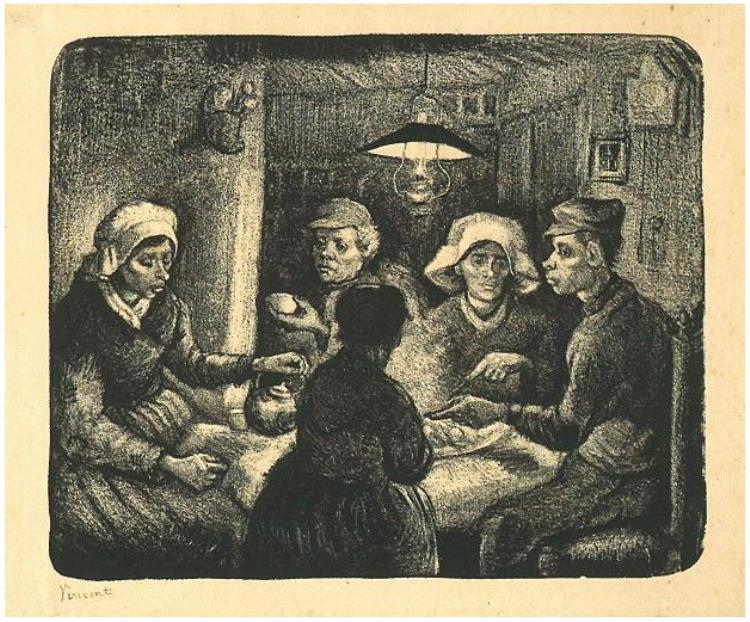 Potato Eater Sketch These subtle aspects create the illusion that the building is an actual residence for the five figures. This portrayal of ordinary peasant life did not come in a burst of creativity; Van Gogh had planned out the painting of The Potato Eaters far in advance, and had inspiration to create a multiple figure painting as far back as 1883. After completing various sketches and trial paintings of the piece, Van Gogh sent reversed lithograph prints to two art dealers of the time and one of his fellow colleagues, while still planning to create a final draft of the sketch in paint. Van Gogh soon developed a sense of confidence that his finished painting would become an accurate interpretation of what he saw it as. Gogh began to advertise his finished painting before he had even begun it.

Never the less The Potato Eaters failed to become the painting he had set his mind to. It was not successful in his life time, nor was it displayed in Salon as Gogh had requested. Today the piece has reached great heights in the artistic community as well as being considered his first masterpiece, which is what he had intended it to be.